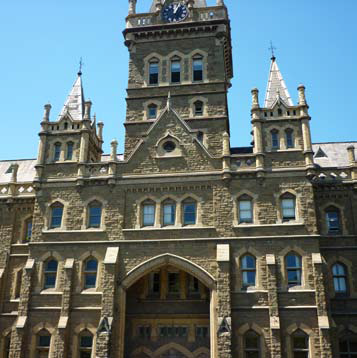 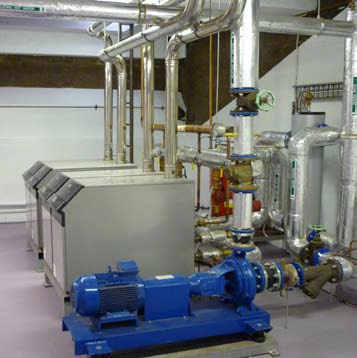 he land was allocated to the Presbyterian Church by the University in 1853 for the establishment of a residential college ‘of and within the University of Melbourne’, and under the auspices of the Church. However, it was not until 1877 that the Church, with Alexander Morrison Headmaster of Scotch College, convened a committee to plan for the establishment of the College. The architect was the renowned Joseph Reed, designer of many of Melbourne’s important public buildings, and the brief was to create a striking and elegant College that would be a lasting and significant landmark in Melbourne. Indeed the building is of a magnificent neo-gothic architecture and the paddocks have changed in to extensive gardens to provide a unique backdrop for formal and informal functions. The College houses 330 single student style bedrooms. These facilities are used by interstate and foreign students during the year. In summer time when everyone goes home, visitors are most welcome to stay whilst visiting Melbourne. The existing heating of the college dates from the 1950’s where a central single internal boiler was installed with radiators throughout. Not only in bedrooms, but also offices, hallways and the Grand dining room were fitted with hydronic heating panels. Over the years the boiler has been upgraded from oil to gas. In 2010 the single Natural Gas atmospheric 600kW boiler was replaced by 4 x 150kW BAXI Power HT condensing boilers in cascade. The College embraced the idea of the cascade installation knowing that a cold night at any time of the year is of the past. The heating plant now will always have a minimum of 75% capacity when one of the boilers requires maintenance. The contractor installed the cascade installation as per BAXI’s recommendations, each boiler has a primary pump which circulate the system water through the hydraulic manifold and separator. The cascade is controlled via the temperature regulator for cascade systems (RVA47) with an outdoor sensor set at 21° C with a night set back. The system starts operating on the 1th of May and switches off on the 1st of November (Southern Hemisphere). All radiators have a thermostatic head except for the common hallways. It is a very simple but reliable system. For the flue we used 100mm Stainless Steel for each boiler. The contractor was able to use the same roof penetration from the old boiler. (The diameter of the hole was 760mm) From the data of the energy used of the last two winters the cascade system resulted in a drop in the gas consumption.